Why “Networking” isn’t Dead and How to do it so You Get Results? 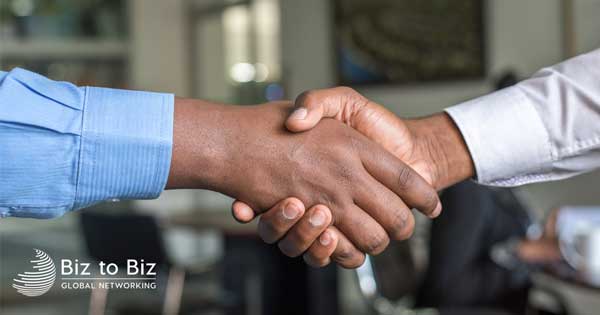 If you search the term “networking” on Google, you’ll find quite a few articles declaring networking is dead.  The truth, however, is quite the opposite: networking still remains one of the most essential ways to grow a business.

Networking happens all the time, even without intentional effort.  Every time you tell someone about your business, or offer to help someone else with theirs, you are engaging in a form of networking.

It’s true that some forms of networking are dying.  A good example of this are networking events, where you go to a huge convention center and meet people.  Usually you’d talk for a moment about what you do, exchange business cards if there’s a potential to collaborate, and move on to the next person.

These events used to be the primary way to meet contacts in your industry, and discuss trends and ideas.  In today’s technologically advanced world, that is changing.  You don’t need a designated time and place to network with others when you can join groups and discuss ideas virtually.  And instead of offering a business card, you can just send a link to your online portfolio and social media accounts.

If you prefer in-person networking, joining a local networking group is a great option, since you can get both the benefit of in-person interactions and being involved in a group dedicated to your success.

It’s true that traditional networking events still happen, and in many cases, provide a nice way to connect with people in your industry in person.  There’s nothing wrong with how networking used to be done. But now, with the resources the internet provides, the need for networking events isn’t as strong.  They can still provide value for your business, and it’s always fun to meet people who share your passions in person.

But if you want to network to boost your business, there are other ways to do it too.

How to Network for Results?

Networking for results is less based on how many people you meet, and more on the quality of the connections you form.

The best way to network for results is by building connections and sharing your skills.  Do you know someone who needs a skill you offer, and vice versa?  Maybe they need a logo refresher and you need a content marketing strategy.  You can swap expertise and in doing so, build camaraderie and build a relationship, gain a testimonial, and you can easily know each others skills to pass one another business.

Approaching others with a service based mindset will be your best chance at building that trust, and those connections that will stick.

Networking, at the end of the day, is about referrals and the exchange of value.  You should expect to network with business goals in mind.  But there’s a difference between networking to fulfill an agenda, and networking in the hopes of building connections that will enrich both your life and business, with goals and targets as a secondary aim.

Networking with An Agenda Never Works

Networking just to get referrals and benefits from those around you is shortsighted.  You may think you’re gaining something, but you’re actually robbing yourself.

Networking IS beneficial, and when done correctly, it WILL boost your business.  However, this happens because of the relationship building that happens when being selective about growing your network.  Joining a group, or finding like-minded people in your industry to network with is a good way to start to establish those connections.

If you’re focused on what you can get out of it, you aren’t focused on helping the people around you, and you’re not leading with your best foot forward.

Network with Service in Mind

Networking is a give-and-take activity.  The more you give to other people, the more you will receive in return.  People want to help those who are kind, thoughtful and invested in them and their well being.  When your friend starts a new activity, aren’t you excited to cheer them on and support them?

If you want to network because you want to establish real relationships with people like you, then approach them with service in mind.  Offer to do something for them.  Show genuine interest in their business and their life.  Let them know through your actions and your words that you appreciate them, and are there to support them.

Networking is Forever, Even if Traditional Networking Dies

Here at Biz to Biz, we believe networking groups are the future of networking.  Not only do they provide an avenue to meet and connect with other business owners, but as a group, you are meeting with the same circle.  You get to create unique bonds and relationships without the stress of only having a short amount of time to gather leads and exchange details, most of which will amount to nothing.

Our networking groups prioritize your personal and professional success.  We understand that networking is changing, and we want to help bridge the gap.  We value relationships and referrals, and believe both are essential to a healthy and successful networking group.

Want to learn more about who we are and what we offer?  Feel free to reach out, we would love to talk to you about your business and goals.